Lead to Win: The Race Conversation 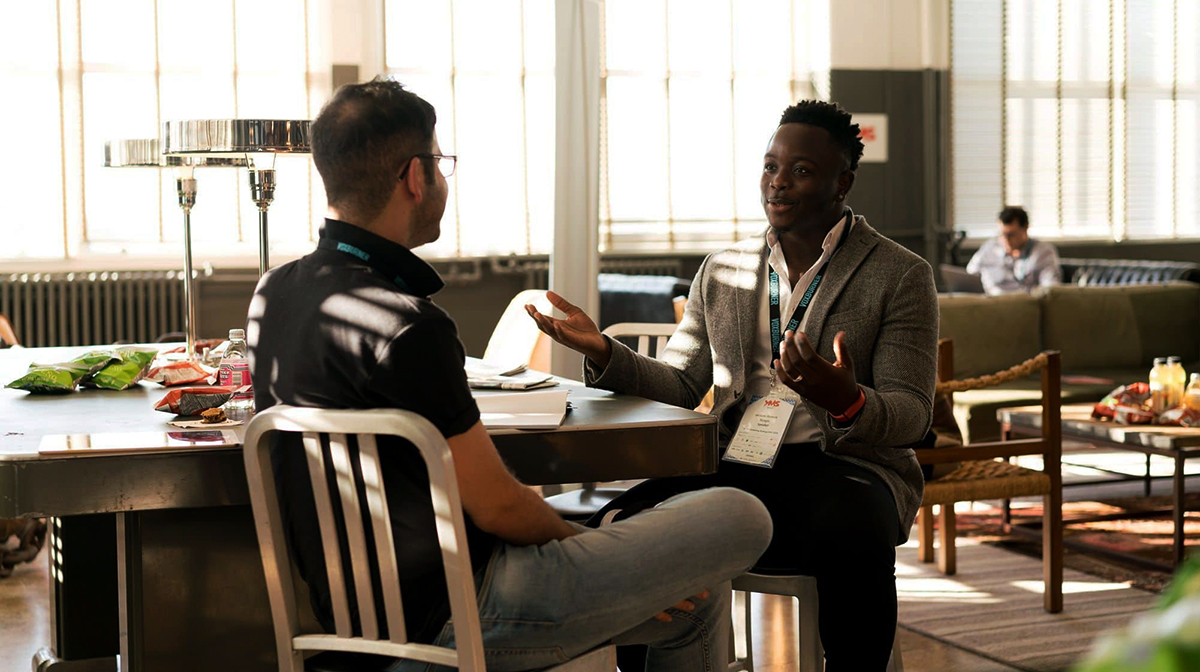 Back in August of last year, I had the privilege to have Angela Shaw as guest on my podcast. It was an eye opening discussion of how different a typical workday is for someone of color. While most of us worry about getting to a meeting on time, a lot of our peers truly worry about getting to work safely and free from discrimination.

First, let me get one thing straight since we have a lot of things to unpack about this topic. Let’s not confuse racism with systemic racial discrimination in the workplace. Those are two different things. Don’t get me wrong. Racism is a word that comes up a lot for sure, and I personally think that there is real active racism at work in our country. But here’s the key difference, racism implies intent, and a system does not have intent. So definitely, there is such a thing as systemic racial discrimination, and I do believe that there are things we are unaware of that make it harder for people of color to get the job, get paid on proper terms, and just really be seen in the same way.

While racial discrimination is an ongoing challenge in our country, we as business leaders can step up, so that  the employees under our care do not feel disadvantaged or discriminated against simply because of the color of their skin. Since race has always been a sensitive matter, most leaders are hesitant to tackle the subject.

Here are some things to think about and do to move things in the right direction.

Since the fires of racial equality are burning brightly, you might be tempted to make grand gestures to prove that your company is “race-friendly”. While I do believe that you should be visible with what you truly believe in even if there is a price to be paid, you gotta start somewhere.

However, grand gestures that are not well thought out often result in resistance from those who aren’t on your page.  And even worse, the very people you want to support might take your gesture as tone-deaf or opportunistic if you aren’t as informed as you could be. People feel strongly about movements and rallying cries, which is why a lot of people seem to almost automatically show feelings about Black Lives Matter or other similar campaigns, despite knowing very little about it. It’s just how humans operate.If there’s a huge social change involved, we automatically pick sides, and people pick the side that feels more comfortable.

So, if you want a safer but often more effective way to start, here’s an underutilized but proven formula.  Simply start the conversation.

Open a channel of communication, not only with diverse employees, but everybody.  And don’t go ask the nearest black person to speak on behalf of an entire collection of races.  Have you ever asked someone what being black or Asian meant to them individually? Or even took a step back and asked them if they’d be willing to share their experiences? You could make a life’s journey out of just those two questions on their own.  They are simple and profound on a human level.  The fact that you will likely be surprised by their answers is a testament to why the division still feels so great for some, and invisible to others at the same time.

To make sure your company encourages open communication, you can’t mandate it.  You have to model it. Show your diverse employees, through visible conversations, that if they ever experience racial discrimination in the workplace, they can be open about it without fear of retaliation and being trivialized. As a leader, make sure your employees know that if they are not comfortable disclosing their problems to other people, your doors are always open to accommodate them.

People Can Be Unknowingly Racist

I’ve never spoken to someone who openly describes themselves as a racist. There are lots of reasons for that, some of which are obvious, but that's not the point. The point is that calling it racism creates instant fear and resistance. Just reading the heading got your attention, didn’t it?

Regardless of your position on the term, racial, social, and economic discrimination is everywhere. It’s in our laws, our language, our schools and our neighborhoods, and a lot of it is even intended to counteract old biases. This creates an effect where people in organizations operate innocently and ignorantly of the consequences. It’s true that a lot of people are actually aware, or even intentional on how they discriminate against co-workers.They might make disparaging remarks and make things harder for their peers based on their color. However, most people are actually perpetuating systemic racial discrimination without knowing.

For example, a hiring manager might feel like a black applicant is uneducated simply because of the way they speak and pronounce certain words. People often assume that wrong grammar and intonation are signs of poor education and upbringing. However, this is not necessarily true. The way a person talks has no correlation with a person’s capacity to do their job properly. This says nothing of the obstacles that came before the interview.  Did the applicant have any Linkedin connections in common with anyone else at your company?  Why? Or why not?  What schools do your best candidates come from? What is the racial diversity of those schools?  Where do those job sites you post on do their advertising?

Your hiring process might be unknowingly from the ‘50s, or perhaps your LinkedIn profile has 98% of white people as connections. I’m not saying it’s your fault, and I’m not saying you totally upend your entire HR process. But I am saying there are a lot of moving pieces, and you shouldn’t dismiss all of this because you are a nice person who would never condone racial discrimination.If you want a more diverse workforce, and I think you do because you get better work, better results, better profitability, and just generally better for a lot of things, then you would want to put an eye towards moving in the right direction.

Tackle Discrimination in your Company

This might sound cliche, but the biggest change you have to make is within yourself. It’s not about making sure you don’t have any personal prejudices. That’s important too and makes for good headlines, but the bigger problem most people can work on now is totally different. It’s about realizing that discrimination is already there, everywhere around us, permeating everything in our social interactions, totally invisible to many, and boldly blocking the path for others. It’s not emotional. It’s not angry.  It’s cold and automatic and never loses its cool. It’s baked right into the fabric of our world, kept strong and alive by one force: fear. It can’t stand up to knowledge and curiosity.  People fear what they don’t understand. And when people are afraid of something, that’s when they get defensive, which causes more division in the process.

I’m not going to try to unpack the concept of “privilege”, but I will say it’s time to admit the possibility that there are legitimate obstacles that need discovery, recognition, and repair.   Doing that starts with the willingness to build up that relationship with your diverse employees, the same way you would develop a relationship with any other person. Start a conversation and try to find out about their family, what they like or don’t like, and their interests. It starts there and then, you begin to understand what the nuances are between backgrounds, cultures, and norms. That’s when you get to begin really breaking those stereotypes.

Be intentional about removing the discrimination that you do find, and be on the lookout for the ones you haven’t seen yet.  It’s not even about taking on blame for any of this.  It’s about owning your part for the future.  What I’m saying is you don’t know what you’re missing out on. And so, I challenge you to have that conversation with somebody of color and ask them what it’s like. It’s not taboo. Trust me when I say everyone wants to be heard.

Start now and learn something new.

Something small, and maybe profound.

Listen to You're Doing It Wrong Episode with Angela Shaw here.

Subscribe now to get valuable tools, nuggets from real clients, and resources to help you take control of your business (and life). Plus, you’ll get the opportunity to join in on important conversations with entrepreneurial leaders just like you.

Thank you! Your submission has been received!
Oops! Something went wrong while submitting the form. 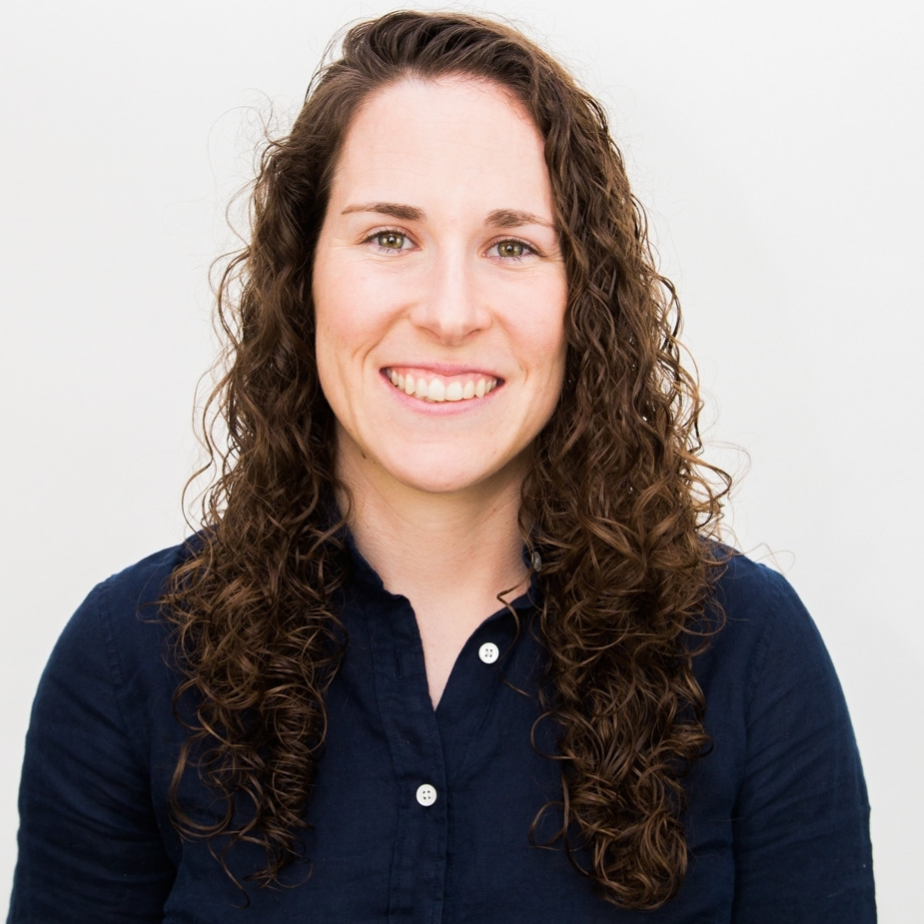 How to Get Into Flow 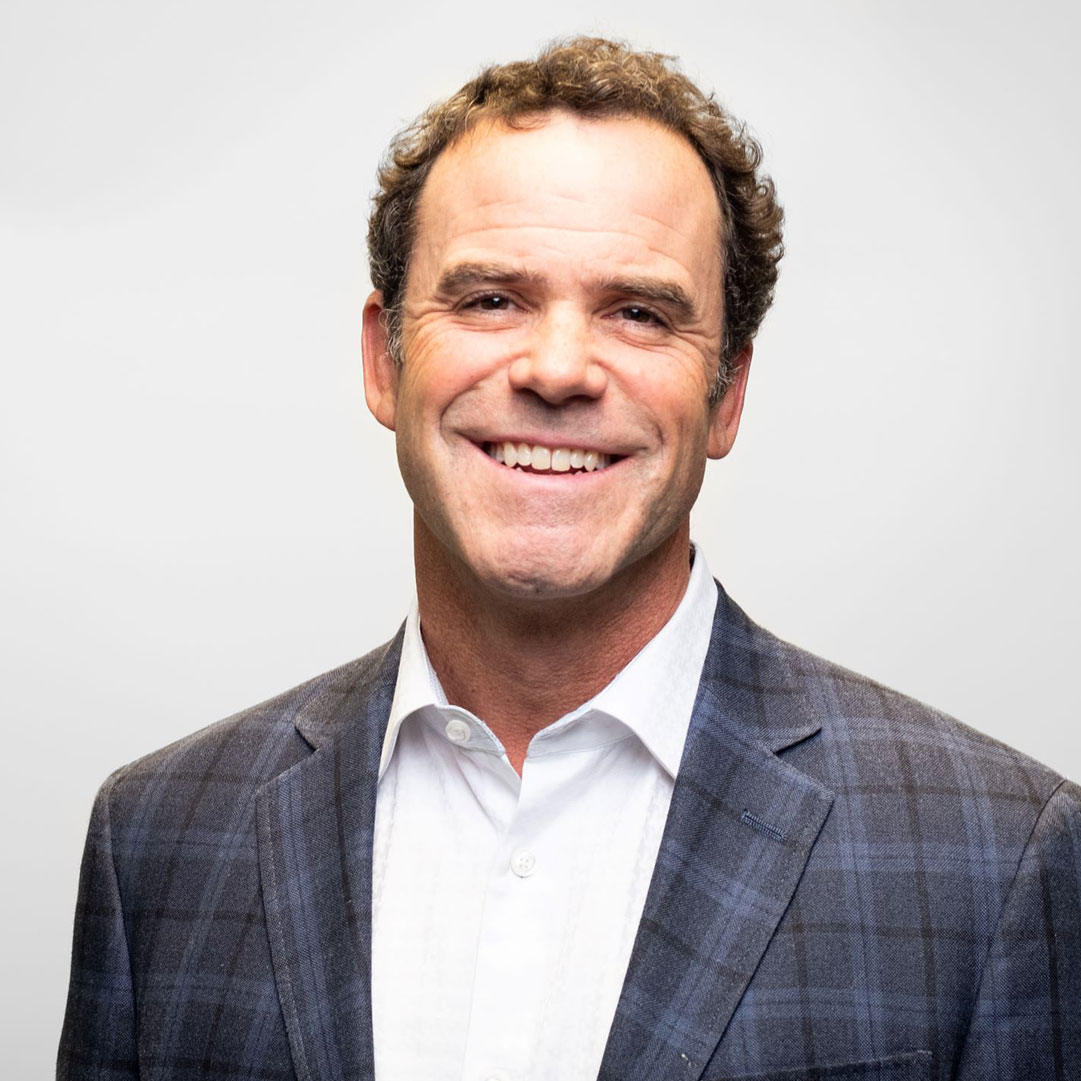 How to Effectively Compensate Your Employees

Lead to Win: The Race Conversation 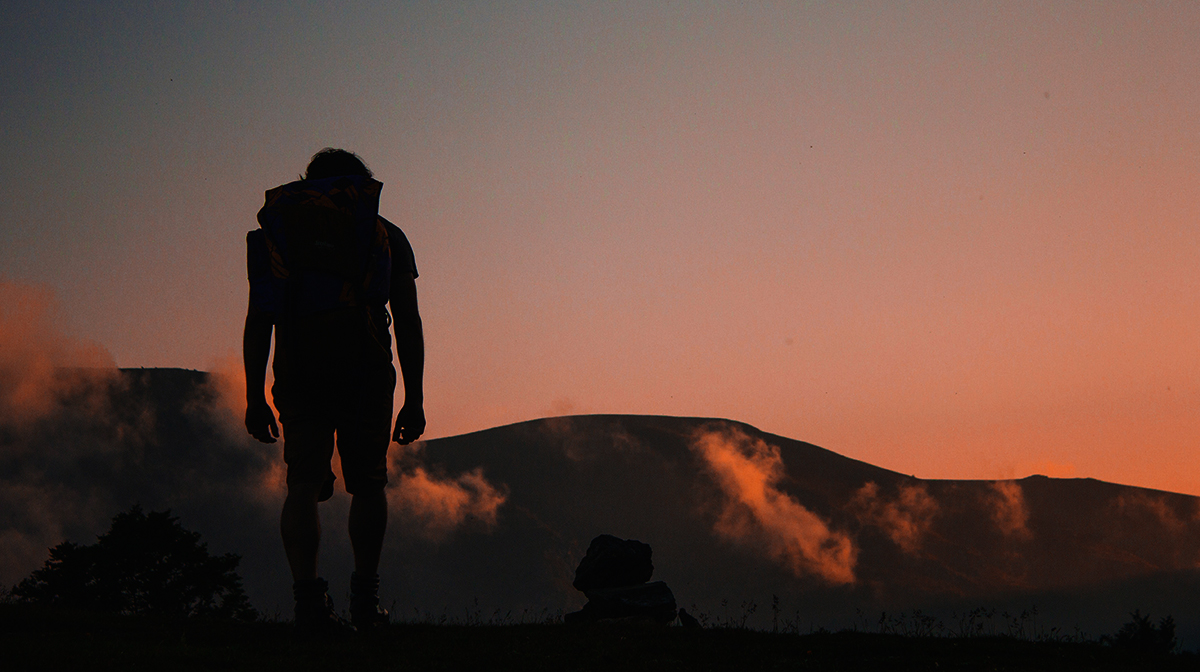 Lead to Win: How Can Leaders Bring Certainty to Business in 2021? 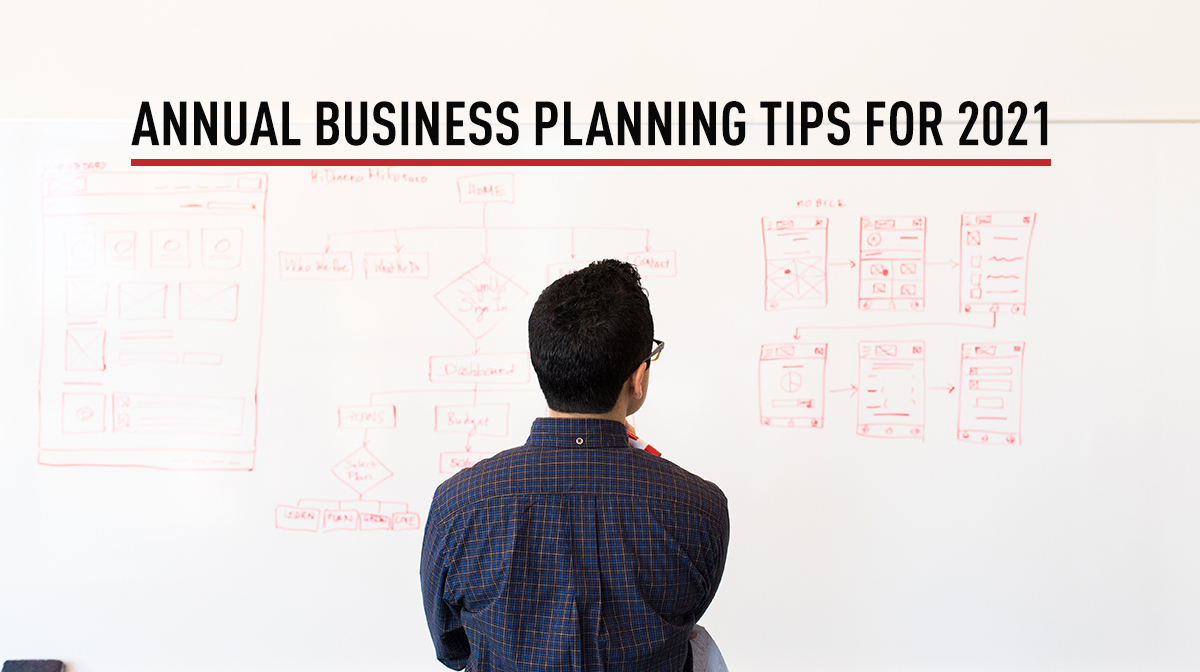 Lead to Win: 3 Things That Can Make Your Annual Planning A Huge Success

Complete the Organizational Checkup to gauge your company's strength.

This is some text inside of a div block.
No items found.